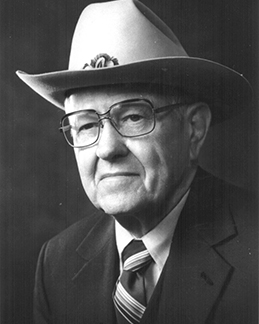 NARRATIVE:
Earl ran Lincoln Steel during World War II which made equipment for the war effort. During the war, all work at Lincoln Steel focused on production of mooring barges and cargo barges for the military. Lincoln Steel received an "Army Navy Award" for excellence for its part in the effort. Earl was extremely involved in the community serving as an officer or director of more than 30 organizations. Earl refinished antique furniture, raised orchids and was an avid antique glass collector.