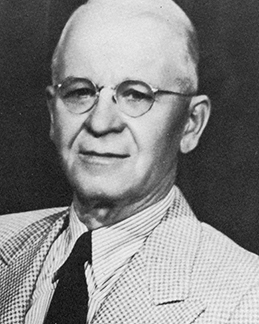 NARRATIVE:
Samuel was the youngest man in the nation to be governor when he was elected in 1919. During his administration, the plans for the present state capitol were formed and on Armistice Day in 1922, he guided the plow that broke the ground for its construction. In April 1972, Samuel was posthumously honored by the National Forest Service with the formal dedication of the Samuel R. McKelvie National Forest. The range consists of 115,000 acres of man-planted forest preserve in Cherry County, Nebraska.