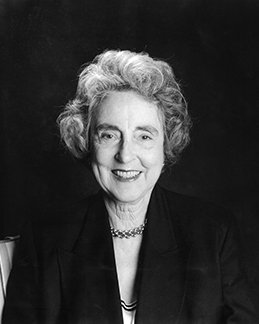 QUOTE:
Her eldest child, Penny, states: "I have recently moved back to Lincoln after having been gone for 40 years. The first week I was back, I was invited to an event to honor the original founders of the Lincoln Community Foundation. Since my maternal grandfather, William Aitken, was one of those founders, and since his name begins with "A," I was the first to lead a parade of Lincoln family descendants onto a stage. Quite a re-introduction to Lincoln! I knew that night, that I wanted to give a large gift to the Foundation to honor my mother, Martha Greer, William's eldest daughter. My mother was an active, innovative leader in many Lincoln organizations for the arts, education and service. As I travel around Lincoln, many remember her unique presence and leadership style to this day. She is keenly missed."

CAREER HIGHLIGHTS:
Martha was an active, innovative leader in many Lincoln organizations including the Nebraska Art Association, the Junior League of Lincoln, the City Library Board, Lincoln Library Foundation and the Heritage Room, the Nebraska Repertory and Lincoln Community Theatre, and the Nebraska State Historical Society Board. She was appointed to serve on the Nebraska Landmarks Council and the Nebraska Commission on the Status of Women. She became an active member of the National Society of the Colonial Dames of America, who appointed her to the Board of Regents of Gunston Hall, Mason Neck, VA, the home of George Mason. She inauguarated and helped carry out numerous projects including the first community-wide Lincoln Book Fair, the Docents Training Program at the Sheldon Art Gallery, and a program to honor historic Nebraska homes for the Governor's mansion.

She was an active member of First Plymouth Church. She received awards and citations for her service including Mayor's Arts Award from the Lincoln Arts Council in 1995; the Woman of the Year Award from the Nebraska Arthritis Association in 1979, and in 1970 was listed in Who's Who in American Women.