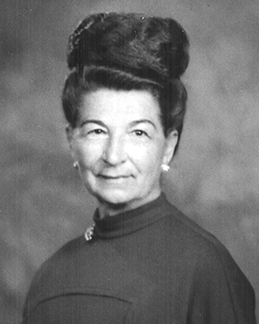 QUOTE BY DAUGHTER:
Marian was an advocate of volunteerism. She felt that she gained far more from the people she worked with and the community projects and organizations she supported than she gave in time, energy and financial support.

NARRATIVE:
Marian and her husband Bertrand were principally responsible for the development of the northwest portion of Lincoln. They purchased land, built a home and lived in the area for over 50 years. Their "hilltop" property is now being developed by the Hilltop Foundation. Plans have been drawn up to establish an arboretum highlighting the history of the area. The Homestead Girl Scout Council and Nebraska Wesleyan University are in collaboration with this project.