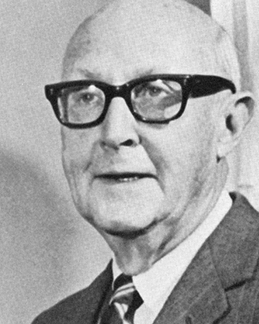 QUOTE:
Be pleasant when possible.  Have some fun when appropriate.  Keep doing some things for somebody else.  Carry at least your share.  Try to be a good listener.  God gave more to some and from them more is expected.  7/14/1975
Joe W. Seacrest was a Founder of the Lincoln Community Foundation.
NARRATIVE:
Under Joe W.'s direction, the Lincoln Journal won the Pulitzer Prize in 1949 for 'most distinguished and meritorious service rendered by an American newspaper.'