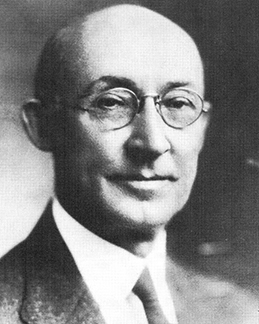 QUOTE:
A newspaper is more than merely a manufacturing or merchandising proposition. A responible ownership is essential if a newspaper is to serve the public unselfishly.

NARRATIVE:
J.C. passed down his philosophy to his children, who in turn passed down his philosophy to their children. His philosophy was that, as a member of the J.C. Seacrest Family, you were expected to have a good value system, to become well educated, to work hard, and, more importantly, to contribute to their family and to their community. J.C.'s interests were always those of the city in which he lived and worked. However, he may be best remembered for his simplicity of living habits and his droll sense of humor.

EDUCATION:
J.C., as the 'oldest' child, had to leave school after he completed the 7th grade, and he had to get a job as a 'printer's devil' in a weekly newspaper in order to financially support his widow mother and his four young siblings. J.C. always regretted his lack of formal education, and he encouraged all his children and all his grandchildren to attend college.