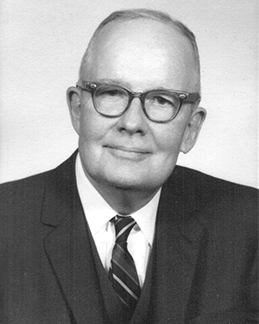 QUOTE:
Fred had a special love of Lincoln and the community. When he retired at the age of 60, he gave his energies to the things that he loved. Lincoln loved him back and he received many accolades.
-- John F. Wells

NARRATIVE:
Fred assisted in the acquisition of art for both the Nebraska Art Association and the University of Nebraska collections. He also served on a volunteer basis as the first Executive Director of the Lincoln Foundation from 1959-1970. Upon his retirement, he was named a Benefactor and continued with the title of consultant.