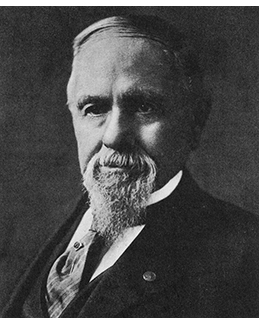 NARRATIVE:
Frederick was universally known as the "Colonel" due to his Civil War experience. His years in Lincoln were devoted to the advancement of agriculture and improved livestock breeding. Colonel Woods was known as one of the foremost auctioneers of purebred cattle and horses in the world.