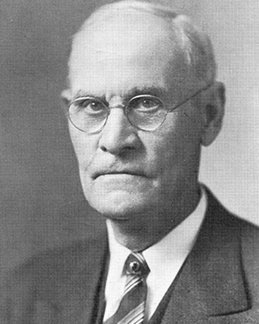 NARRATIVE:
Charles was born in Sweden and migrated to the United States in 1882. His father served as a volunteer soldier in the American Civil War, after which he returned to his homeland in Sweden. Charles was trained as a civil engineer and soon became involved in the construction industry as a contractor and builder. He lived to erect three-fourths of the public and corporate buildings in the Lincoln community. Known for his honesty and integrity, it was a common practice to award him construction jobs without signature or contract.

EDUCATION:
Trained as a civil engineer