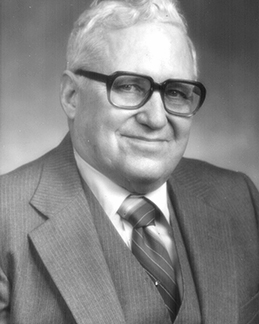 NARRATIVE:
Charles and his wife, Esther, loved many things throughout their lives--the land, the community and the opportunity to learn.  Born on a farm in Otoe County, Nebraska, Charles attended Elmwood Public Schools before pursuing a degree at UNL.  Charles farmed in Otoe County where he raised angus cattle.  In addition to farming, Charles served on several corporate boards including the Otoe County fair board. Esther was born and raised on a farm near Blanchard, Iowa. She later moved with her family to Albion High School before attending Peru State Teacher's College. Esther taught in Elmwood and Lincoln Public Schools. She later married Charles and happily became a farmer's wife. In 1960, Charles and Esther moved to Lincoln where they became involved in several community organizations. Esther passed away in 1999 and Charles in 2001. Even though they are no longer with us, their memory lives on in this scholarship benefitting students from Elmwood-Murdock High School.