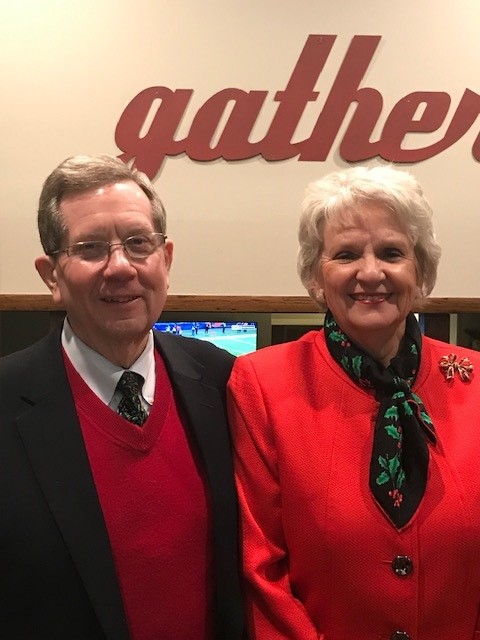 Craig and Devon Ames both grew up amidst a spirit of generosity – always aspiring to an “attitude and heart that are open to helping others.”

“Devon and I believe you find joy in giving, seeing how you can use your time, talent and treasure to support your community,” said Craig.

In fact, Craig remembers his mother sitting down on a Saturday night, stuffing cash into an envelope for the offering plate on Sunday morning. “Devon and I have been married for 50 years, but we both grew up in households that modeled the spirit of philanthropy, and we have never forgotten how our parents showcased those lessons,” he said.

Craig stressed that one person can do so much with a simple contribution. “No, I cannot change generational poverty, but I can give money to an organization like City Impact,” he emphasized. “I can’t cure cancer, but I can give to the American Cancer Society, knowing they are working on a cure.”

Craig and Devon are drawn to the Lincoln Community Foundation’s annual Give to Lincoln Day each May because it is such a meaningful opportunity.

“It is a great event, and its success has grown so much in the amount raised and number of participating organizations, and the match that the Foundation provides,” Craig said. “Our family has been blessed with a certain amount of disposable money, and we see it as the Lord’s money. Give to Lincoln Day offers a chance to use it where it makes an impact.”

Devon and Craig first met as college students at Wheaton College, just outside Chicago. Eventually Craig enrolled in the Army ROTC and served in Vietnam, while Devon taught high school. After returning from service, Craig used the GI Bill to earn his master’s in hospital administration. After first working in Minneapolis, the Ames’ moved to Lincoln, and Craig took a position at Bryan Hospital in 1988.

Craig and Devon had two children when they moved to Lincoln, and they found Lincoln to be a wonderful place to balance family and work. “Lincoln’s such a big-small town, a state capital, with a university, parks, cultural events.”

He served as Chief Operating Officer at Bryan until his retirement in 2009 but wasn’t ready to play golf every day. Instead, Craig volunteers, serves on a variety of community boards, and has focused on giving back to the community.

Devon and Craig encourage people to support Give to Lincoln Day by exploring all the possible philanthropic tools available now. He and Devon have chosen to distribute a portion of their Individual Retirement Account (IRA) for the giving day, using what is called a Qualified Charitable Distribution (QCD).

Craig explained that the federal government requires you to withdraw and pay taxes on a portion of your IRA when you reach a certain age. However, by using a QCD, those funds can be transferred directly to charitable organizations without paying taxes on the amount transferred.

“It’s kind of a no-brainer,” Craig said. “You support something you care about and reduce your tax burden. We give money to charity, and we save on taxes, and we also support a cause dear to us. It’s an absolute win-win, such a great deal.”

For more information and other examples of ways you can use a Qualified Charitable Distribution to achieve your charitable goals, contact Diane Mendenhall at 402-474-2345 or dianem@lcf.org.